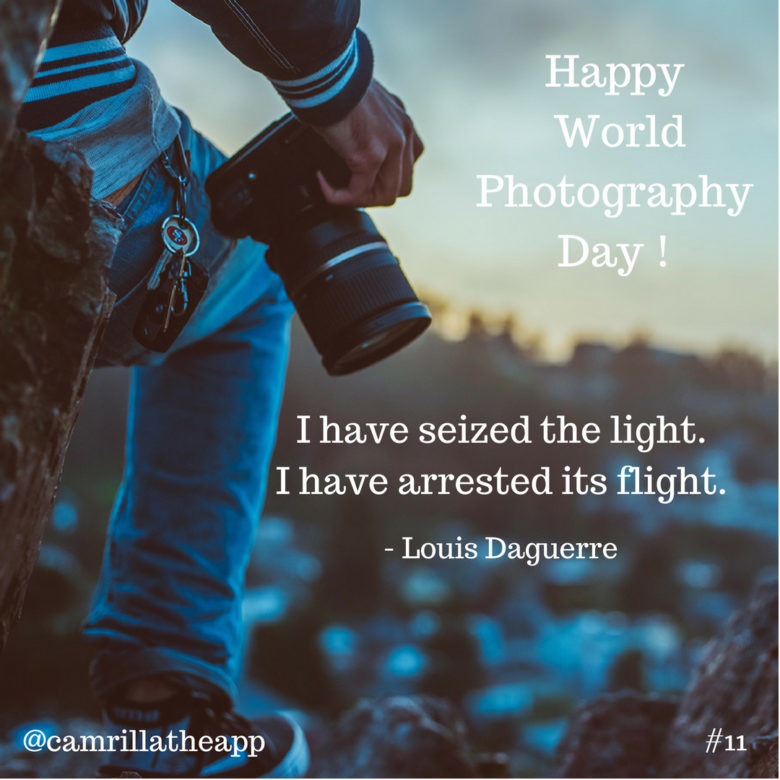 Why We Celebrate World Photography Day?

By: Team Camrilla / Blog / No Comments »

The date behind World Photography Day originates from the invention of the Daguerreotype, a photographic process developed by Joseph Nicèphore Nièpce and Louis Daguerre in 1837. On January 9, 1839, The French Academy of Sciences announced the daguerreotype process. A few months later, on August 19, 1839, the French government purchased the patent and announced the invention as a gift “Free to the World.”

August 19th, 1839 was chosen as the date for World Photo Day based on the following historical merits:

There’s been countless innovators before and after this date that have made photography the accessible medium it is today.

“World Photo Day celebrates the passion encompassed by photography lovers all around the world, past and present”.